Some stories that don’t get covered that much, but should!

Share All sharing options for: News from Villarreal’s cantera

Ashique Kuruniyan, who came from Pune FC in India to join our cantera, has picked up a hamstring injury and will return home to India. However, he impressed enough while on the pitch for our feeder club CD Roda that his loan period has been extended—look for him next season. (I’m not sure how this publication decided they play in the Segunda).

Nigerian papers are reporting Samuel Chukwueze, a Nigerian youth international (a striker) is negotiating to come to Villarreal. He was supposed to sign with Arsenal awhile back but that fell through.

Pepe Castaño (Villarreal C central defender) has been called up to the Spanish under-19 team for training at Las Rozas next week.

And three CD Roda players, Goyo Medina, Carlos Beitia y Nacho Díaz, are part of the Spanish U-17 team that will play Croatia next week also.

Finally, enjoy this article from the International Business Times. I’m not sure it’s correct to say Villarreal “duped” anyone (in fact, I’m sure it’s not) but hard to dispute we did pretty well from the sales of Gabriel, Eric Bailly, Pato and Vietto—though the last-named was a sale forced by the player, not a deal we wanted to make.

Finally, this picture, after Villarreal B’s win at the weekend, courtesy of Maria José Segovia. Love the sky, and the players walking toward the dugout after a job well done. 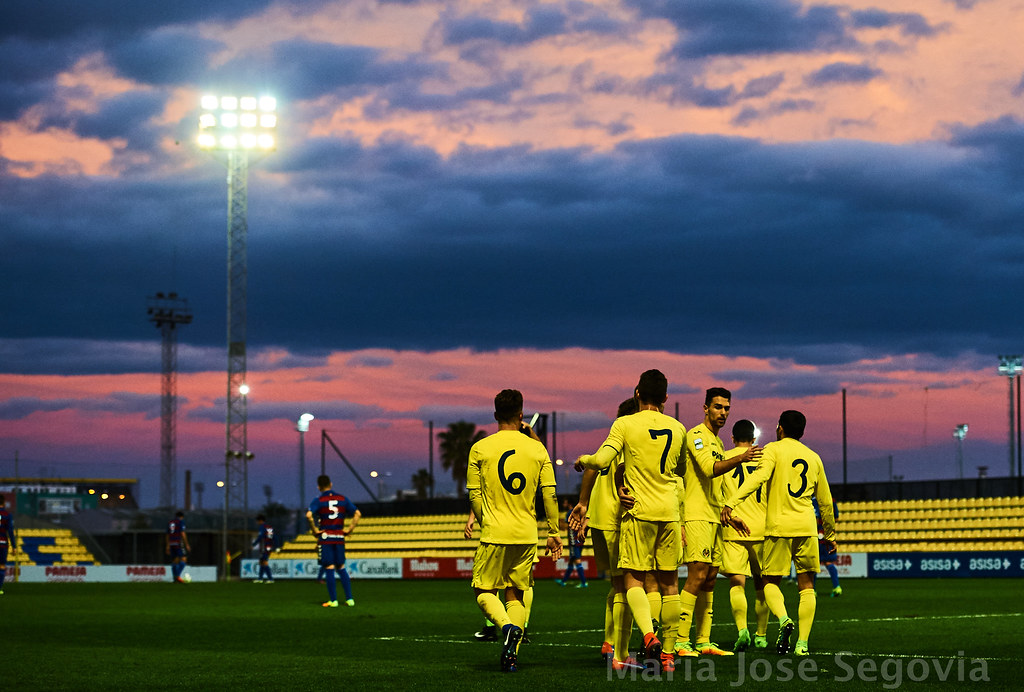