Bored in the FIFA weekend? We can fix that.

Share All sharing options for: Bored in the FIFA weekend? We can fix that. 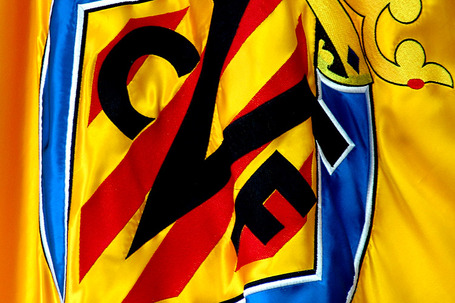 FIFA weekends are normally boring. But they got worse when they switched from Saturday games to Friday games. Especially for those in the Americas.

To help you get over this break, we give you shortcuts for all the 10 podcasts we produced so far. If you missed one of them and you don't use iTunes, this post is a keeper.

All these are available on iTunes for free. Subscribe to our podcasts on iTunes

We're really honored and pleased to present an interview with one of the newest Villarreal players, Canadian-born Jonathan de Guzmán. We began by talking about Jonathan's entry into football, his move to the Netherlands at age 12, and his international experience with the Dutch U-21 and Olympic teams.

Podcast 10 : Napoli preview and an interview with Hernán Sanz of Villarreal

Our latest podcast has two parts. In the second, Ravi and Allen are joined by Hernán Sanz, the Chief of Press and Communications at Villarreal. Hernán talks about how he came to Villarreal about 5 years ago, his day to day routine and what it is it like to host a UEFA Champions League game at El Madrigal. As he says, "..it is like we rent the stadium to UEFA for two days and they can do all they want with it". Hernán also gave us his two best moments at the club, and we're sure a lot of you will agree with his picks.

Rest of the podcasts in chronological order starting from the oldest.

On our first episode of this new adventure, our gang of four: Allen, Sid, Maddi, and Ravi, introduce themselves, discuss potential Villarreal moves, and generally have a good time talking things Villarreal.

Juan Arango of GOL TV in the US and Simply Futból joins Allen, Maddi and Ravi to talk about the sale of Cazorla and departure of Joan Capdevila. Why, and who might join the club in their place?

Plus, we talk about the economic situation in Spain right now and why money in the pocket, especially €20m, is a lot better than promises of payment in the future--and much more.

In the 3rd episode of the Villarreal USA podcast, Maddi, Sid and Ravi breakdown the upcoming Champions League play-off against Odense BK. Also discussed are the season's first two games for the A and the B sides.

Podcast 4 : We make it to Champions league group stage

Villarreal is back in the big time. The Champions League group stages. And what group that is. Bayern München, Napoli and Manchester City. In this podcast we take a closer look at our opponents and what it will take for Villarreal to advance from this group.

We talked to Juan Anton, the man behind My Villarreal and the official twitter of the club, @VillarrealCF. We talked about the deadline day madness and the initial impressions about Jonathan De Guzmán.

In podcast #6 we discuss our game against Sevilla at length with Sevilla support Aaron from Monchi's Men blog.

We also talk in detail about the meeting of G-12 spearheaded by Sevilla president Jose Maria Del Nido and our president Fernando Roig. The Monchi's Men blog has some nice articles about the movement for a better Spanish League.

We preview the upcoming Champions League opener against Bayern München. Lots of story lines and some interesting stats and a prediction for the Wednesday's game.
We also talk about the crazy game of Villarreal B against Sabadell last weekend.

Podcast 9 : After the Bayern and Granada losses

We had and engaging discussion about the following topics:

Podcast 11 : The struggles of Villarreal, a deep-dive discussion

Sid, Maddi and Ravi attempt to breakdown the struggles of Villarreal in the season so far.
Injuries, personnel and tactical issues have been discussed in detail.

I hope this will help you to catch up on those that you have missed.